The Long History of #TimesUp: The Broadcast 41 and the Blacklist in Television

When the #MeToo movement made headlines in fall 2017, a group of people from entertainment and cosmetic industries signed a statement that read, “The clock has run out on sexual assault, harassment, and inequality in the workplace. It's time to do something about it." But the clock had run out long ago, in the late 1940s, for women working in media in New York City. Many of them had protested sexual harassment, racist and sexist stereotyping in film, radio, and television, and anti-immigrant bias.

Because of their outspoken resistance, they were hounded by former and current FBI agents, denounced in the pages of veterans’ organizations who pronounced them dangerous and un-American, and abandoned by executives, producers, and unions, who felt that the sacrifice of a few women was a small price to pay for the profits they expected to reap from the new medium of TV. Branded “difficult” and “nightmares,” terms producer Harvey Weinstein used more recently against actor Ashley Judd, these women became first unemployable in media, reduced to footnotes in histories of television and film, and then forgotten altogether.

This presentation tells long-suppressed stories about women who fought against discrimination in mass media in the twentieth century, describing the bitter backlash against them that unfolded in 1950.

Carol will give a talk about her work via web conference, followed by time for Q&A. Ragtag will host a Slack channel for all ticket holders for discussion before and after the event, as well. 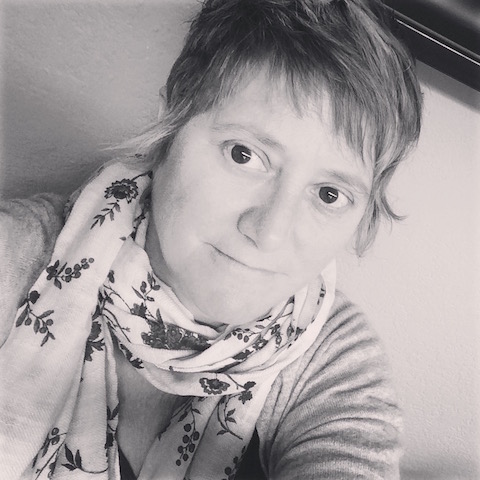 Carol Stabile grew up in an amusement park in New Jersey. Someday, she plans to write about that. In the meantime, she researches and teaches about the history of gender, race, and class in media institutions. She is the award-winning author of three books: Feminism and the Technological Fix, White Victims, Black Villains: Gender, Race, and Crime News in US Culture, and The Broadcast 41: Women and the Anti-Communist Blacklist. She is co-founder and managing editor of the Fembot Collective, co-editor of Ada: A Journal of Gender, New Media, and Technology, she edits the Feminist Media Studies book series for University of Illinois Press, and she is currently working on a new project called Reanimate with Roopika Risam, that focuses on recovering the work of women working in media and engaged in activism in media industries from the 1930s to 1950s. She currently lives in Eugene, Oregon, with her sweetie and two dogs.

Sorry, there was a problem processing your order. Please try again, or contact support@ragtag.org.
This event is over, but you can still buy a ticket to access the video recording.
Loading...

Listen Up is a joint project of Ragtag LLC and the Ragtag Education Fund.

Sorry, tickets are no longer available for this event.

Thank you for your purchase! You'll get an email confirmation shortly.